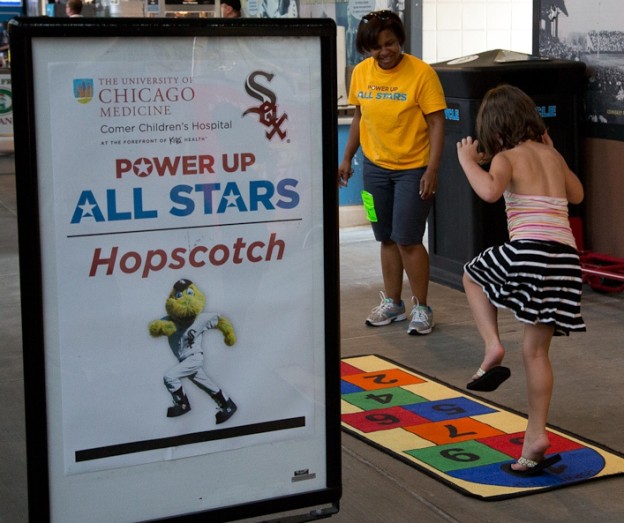 April 14, 2014 – It was a 69º degree, sunny ‘Power Up Day’ in West Englewood on Friday, April 11, 2014. Chicago Public School – Langford Community Academy hosted the University of Chicago Comer Children’s Hospital Power Up All Stars kick-off in their 2nd year of partnering with the Chicago White Sox to combat childhood obesity through nutrition and physical activity promotion. Donnie Veal, Pitcher #46, and Major League Trainer, Allen “A.T.” Thomas of the White Sox wowed the kids and parents with interactive physical activity spots. They were joined by their furry counterpart, mascot SouthPaw, who declared the students of Langford Academy official Power Up All Stars for the 2014 season. Dr. Deborah Burnet of the University of Chicago Medicine & Biological Sciences spoke about the importance of eating and being healthy. WBBM’s Lawrence Holmes of the 670Score was the emcee of this great event.  Learn more about Power Up! and the Chicago White Sox Kid’s Club opportunities here.

For more information and additional photos, check out these additional reports of the event: