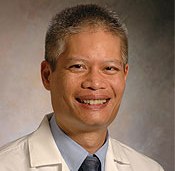 February 24, 2014 – CCDTR Director Marshall Chin is nearing the end of a national radio tour with the Robert Wood Johnson Foundation’s Finding Answers program that started in January and will end in March. The tour is entitled: How Can We Make Sure That Disparities in Health Care Improve Under the Affordable Care Act? Dr. Chin has been interviewed by the radio stations listed below, discussing the Finding Answers program as well as the South Side Diabetes project.

Click here to listen to the NPR interview entitled, “Will Racial and Ethnic Disparities in Detroit Improve Under the Affordable Care Act?”