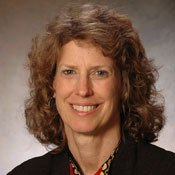 February 5, 2014 – CCDTR investigator Dr. Deborah Burnet was recently honored among Chicago’s ‘Top Doctors’ in a ranking by Chicago magazine. A total of 105 physicians at the University of Chicago Medicine (UCM) and Comer Children’s Hospital are among the 495 “outstanding metro-area doctors” named in the January 2014 issue. Honorees were nominated by physicians nationwide who were asked to consider such factors as clinical excellence, bedside manner, education and board certification. Chicago magazine worked with the health care and information research firm Castle Connolly Medical to create the list, which also appears in the 13th edition of America’s Top Doctors.

To see all 105 physicians from UCM who were honored in the recent issue, click here.